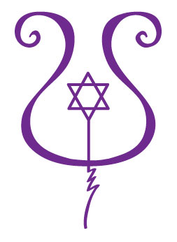 FOR HEALING, NOT ENTERTAINMENT

This solfeggio sound healing instrument is specially designed for

It is not meant for entertainment, so you won't be able to play your favorite Beatles song on it. These 9 notes form a new scale:  the SACRED SCALE®️ .

What are the Solfeggio Frequencies?

Is this What David Played to Cure King Saul?

Also in the Bible, is a story of how King Saul called on David to play his harp whenever he felt ill.  When David played his harp, King Saul was healed of his madness.  We do not know how many strings this harp had, or the exact frequencies.  It is curious that both this story and hidden frequencies were both contained in the Bible.  Are these the 9 notes on the harp that David played for King Saul?  We don't have any evidence to prove this is the case, nor do we have any to prove it wasn't.  What we do know is Dr. Joseph Puleo had Divine guidance to decode the frequencies and shortly after, Carla Rose Kelly had Divine guidance to build a harp with the 9 frequencies.  Dr. Puleo and Carla Rose Kelly are unknown to each other. This guidance came "out of the blue" as Carla Rose Kelly had never dreamed or thought of inventing musical instruments before.  But the guidance was clear: "put the 9 frequencies on a harp, (she was shown what it should look like) and its purpose was for people to use to heal themselves and each other."

In 2009, Carla Rose Kelly followed this Divine guidance and put the 9 frequencies on a healing instrument  Both the new invention and Methodology to Heal is patented in Canada, USA, and Japan.

To find out more about the inventor: www.CarlaRoseKelly.ca

Look for the SACRED SCALE®️ logo to know if you have an authentic invention.

On this site, you are buying direct from the inventor to ensure premium craftsmanship & authenticity!

IN TUNE WITH CREATION

This cabbage, like everything else in nature, from the tiniest creatures to the flowers, trees, birds, and animals out to the planets and stars are all made in the same likeness: with the PHI ratio.  The Fibonacci Spiral Series which is divisible by PHI ratio, explains the order of creation mathematically: (0,1,1,2,3,5,8,13,21,34,55,89,144...infinity) These 9 notes, carry the same harmonies as in the Fibonacci Spiral, or CREATION itself when we look into the math behind these numbers.   In the Level 1 Course offered on this website, the math behind the music is revealed and studied. For training info:

IN TUNE WITH THE HUMAN BODY:

The 9 notes are in tune with the creation of the human MIND-BODY-SOUL because it too is made in the same likeness as everything else in nature.  Sound or music therapy operates by the Law of Entrainment, where the client's vibration syncs up with the vibrations it is exposed to.  The Solfeggio SACRED SCALE® entrains the human MIND-BODY-SOUL back to a state of homeostasis, where great healing can happen.

SO EASY TO PLAY!

All 9 notes are in harmony with each other so you can play any note with any of the other notes.  You can strum them all together.  You can play the notes in any order you want.  You cannot create dissonance.  This makes it incredibly easy to just pick it up and play!  Improvising has never been this easy before!  This makes this instrument very easy for all seasoned musicians to add to their repertoire, or for all those "want to be musicians" who don't have any training at all.  There are no sharps, or flats, no key signatures.  Only 9 easy notes to play as you wish.

This fine sound healing instrument was both invented and created with the intention to heal.  It is mostly made of alder wood, with spruce and maple accents.  Alder tree essence is widely known for its qualities to help balance our emotions by easing stress, anxiety and nervousness, and bring clarity into the mind, while increasing the life-force energy flow within us.  Alder essence is closely associated with the sacral chakra, the seat of our soul with the elemental correspondence of fire and water.

Only the finest quality materials and craftsmanship are put into the Solfeggio SACRED SCALE®️ Harp.  This is guaranteed by the 3 year warranty covering any defect in parts.

The wire strings will last a very long time.  In the event you need replacement wires, they are available on this website.

This is a custom made sound healing instrument so refund or return is unavailable.  Once deposit is made, the customer is responsible for full payment.

Custom Finishes to Chose From

Listen to the Margaret Rose model

9 healing frequencies-play one at a time, or 2 or more together, or strum them all together. Dissonance is impossible. All 9 notes in harmony with each other.

Made with birch wood and a fine rich finish. Includes a tuning key. Replacement strings are available on this site if you need them.

It weighs 1-2 pounds so you can easily lie it directly on a client's chest, back, or legs, for healing. It fits easily in your hands to play in your healing room.

buy direct from the inventor

To ensure quality craftsmanship, ensure your SACRED SCALE® Harp contains the brand name and you'll know you are buying direct from the inventor.

There is a one year warranty for manufacturing defects.

Rent this instrument to try it out

If you want to try out this SACRED SCALE® Harp, you may rent it for 6 months. The rental cost is less than $3 per day, and with 6 months, you have lots of time to do lots of healing work on yourself or others. If you decide to purchase the instrument, the rental cost fee will be put towards the purchase price. Otherwise you can return it at the end of your term. Fill out the rental form below and submit.

9 healing frequencies-play one at a time, or 2 or more together, or strum them all together. Dissonance is impossible. All 9 notes in harmony with each other.

By submitting this form, I agree to all of the terms of this contract.

Be the first to know of upcoming courses, promotions and special events. Delivered right to your inbox.